how much does paxlovid treatment cost Grove City By now, everyone’s probably heard what happened off NASA’s Wallops Island Virginia facility yesterday evening, but for those who haven’t caught the news yet a quick rundown.

Cabot can you buy paxlovid privately 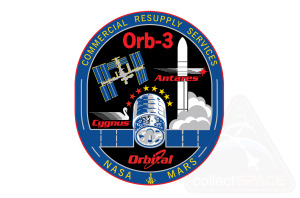 NASA was due to launch the latest Cygnus resupply mission to the International Space Station on board the Antares 130 rocket – both the products of Orbital Sciences Corporation.  In addition to carting a load of essential equipment, science packages, and basic supplies to the ISS, this launch would have accomplished two milestones for Orbital Science and the resupply contract: The first launch of the new Anatares 130 rocket, and the first night launch of the same.

Well, it would have been, only the launch got scrubbed at T-minus 12 minutes (that’s 12 minutes before launch for those of you who missed watching Apollo 13).  Why, you ask?

So, someone hit the “no-go” button (which may just have been a range safety officer saying “no-go” as they went around the room).

I like to think there’s this huge red mushroom button on the RSO’s desk that says “Abort!” though

I like to think there’s this huge red mushroom button on the RSO’s desk that says “Abort!” though

Why? Because the bloody boat was right under Antares’ flight path, and should anything have gone wrong might have been in serious danger.

Although the boat was cleared from the area, and the countdown restarted, there wasn’t enough time to launch – the window to set launches in the correct posture to rendezvous with the ISS is really latest covid 19 case in malaysia Gjakovë really tight, it seems.

So what does this imply about NASA culture? If you’ll pardon the pun, it implies a boat load.

My Take On The Implications

NASA spaceflight has been hounded, rightly or wrongly, by accusations over the years of a lax safety culture.  Most everyone who remotely follows spaceflight has head the stories surrounding the Space Shuttle Challenger disaster in 1986, and with the advent of the internet there are even professional blogger-journalists who seem to do nothing but poke holes in everything NASA related.

And someone there simply went “no-go”.  Despite everything about the launch, a range safety officer (I am assuming it was one of those) put it all aside and thought “Vessel in range safety area, we don’t launch.” and acted appropriately.

That, to me, speaks volumes about NASA culture on the launch side, both internally and with their commercial partners.  An expensive, prominent, public, historic launch, was scrubbed because one little thing fell outside of the acceptable launch environment.  Just one tiny detail, that didn’t risk the launch, wasn’t a mechanical or electronic defect – it was one little sailboat whose driver had gotten lost and didn’t have a radio.

But they still no-go’d it.  Whoever said no-go (or hit the button!!) had faith and confidence that they could do that.  It takes a strong organization, and trust in the professionalism and judgement of the launch team, to allow members who think something isn’t quite right to say “no-go”.

The launch wasn’t a complete bust – they’ll be trying to launch again this evening, and everyone from Massachusetts to North Carolina can go outside to see if they can catch a glimpse of the glow in the clouds.

After last night, we can be pretty sure that if we see that glow, it’ll be because everyone involved in the decision making process is happy to light it up.

The Antares launch failed spectacularly with the launch vehicle destroyed on and around the launch pad 6 seconds into flight.

This is why NASA has safety zones downrange.