http://adamsisco.com/?mikity=site-de-rencontres-musulman-gratuit&6ab=d1 It has been a rollercoaster week, starting ominously with a visit to the Emergency Room, then staying at home during the torrential rains midweek, but all culminating with one of the best days of Honor Flight escorts I’ve had to date.

imagen de hombre solo en la playa The schedule was full, flights were due in from Austin and Dallas Texas, San Diego California, Oregon and Southern Oregon, Southern Colorado, Northwest Arkansas, Alabama, Long Island, Milwaukee and Badger Wisconsin, and Buffalo New York, as well as coaches coming up from Triangle Virginia – over 800 Veterans estimated to arrive over the course of the day!

http://waocubo.com/maljavka/742 A group of living history re-enactors, the Eastern Shore Honor Flight Greeters, is a regular fixture at the National World War II Memorial, dressed out in a wide array of period clothing and military uniforms. Amongst the group of army uniforms regularly is John McCaskill, dressed out in flight suit, helmet, parachute and harness, the works, to represent the famed Tuskegee Airmen (“Red Tails”). For those of you who don’t know the history of this unit:

rencontrer au passé simple The Tuskegee Airmen were the first African-American military aviators in the United States armed forces. During World War II, African-Americans in many U.S. states were still subject to the Jim Crow laws and the American military was racially segregated, as was much of the federal government. The Tuskegee Airmen were subjected to racial discrimination, both within and outside the army. All black military pilots who trained in the United States (including five Haitians) trained at Moton Field and Tuskegee Army Air Field, located near Tuskegee, Alabama.

donde conocer mujeres alemanas Not so many years ago, I had the privilege of meeting a group of Native American Code Talkers at a Memorial Day Powwow, so I sort of have some idea how John felt today – one of the Veterans from San Diego was Lt Colonel Bob Friend, one of the original Tuskegee Airmen! 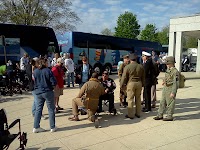 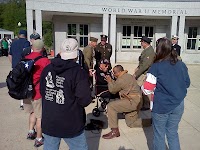 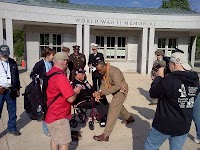 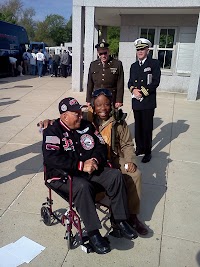 zocor buy online I get the feeling John isn’t going to need coffee for about a week, I certainly wouldn’t blame him! I mean, I was pretty stoked getting to shake Lt Colonel Friend’s hand myself; in the arena of shattering people’s prejudices and preconceptions the Colonel and his peers were a sledgehammer that was impossible to ignore.

Over the years there’s been more and more understanding of the real benefits service dogs have brought for Veterans, with mental as well as physical issues. I’m always happy to see working dogs (as many K9 officers would attest to my requests to say hi to their partners), and had the pleasure of seeing four puppies on the line today. 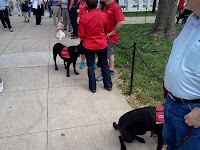 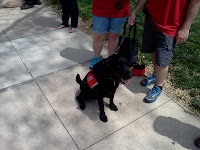 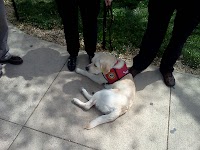 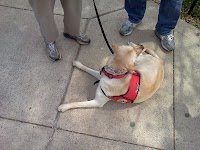 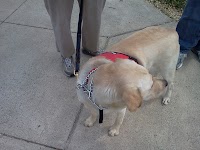 OK, so they were about as photogenic as I am, but I probably would have gotten more of their attention had I brought treats. *makes mental note for next time*

When it comes to operating right up near the beach, chances are you want the Coast Guard involved. During World War II in both the European and Pacific Theaters, US Coast Guardsmen were at the forefront of landing operations, their surf-line skills in great demand long before the ramps dropped. It was great to see a group of Coasties at the Memorial today, especially as it gave me a chance to ask some dumb questions 🙂

And There Were More Stupid Questions

Also in attendance at the memorial today was a group of airmen from Andrews Air Force Base, including some from the security forces. They certainly aren’t like the Royal Air Force Regiment, their equal (kind of) back in Uckland. 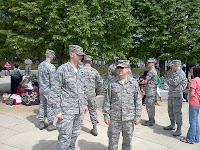 So of course, I just had to ask more stupid questions. It was interesting to learn they handle both base defence/security and law enforcement as well. And as I write this, I’m kicking myself for not asking them if they were sworn LEOs as a result. I guess that’ll have to wait until next time they’re at the memorial!

A Sad Reality of Honor Flight

Many of the Honor Flights follow a tradition, bringing a folded US Flag with them to place at the Memorial site – this flag represents those who were unable to make the trip, or passed before they had the chance to.

Whilst looking for more information to enter here on the tradition, I came across some sad news that reinforces why Honor Flights are so important, and the urgency behind them.

“He had the time of his life,” Buska’s son, Jeff, who traveled with him to Washington, told the newspaper. “What a way to go. He went out on a high note.”
I found news articles about US Navy Veteran Donald Buska of Montana, reporting that he had passed away literally hours after returning from his Honor Flight to the memorial.

Photos of the whole morning on the next page.